Spanish is one of the fastest-growing-languages in the world. It’s a rare country that will not have at least a small community of español speakers, and the number is increasing by the day.

If you have Spanish roots, if you’re planning a holiday, or if you’d like like another feather to your bow, it’s worth taking time to study Spanish – and London is the ideal place to learn. Here’s why.

A major global language
In linguistics, Spanish is one of the big dogs. Consider the statistics. Nearly half a billion people speak Spanish in some form. It is the native language of more than 400 million people. It’s the third most spoken language by total number of speakers, after Mandarin and English.

It is an official language of 22 countries, one of the six official languages of the UN, and the second most commonly spoken language in the US, which is predicted to be the largest Spanish-speaking country in the world by 2050. This is a language that’s here to stay.

Improve your employability
The incredible and growing global reach of Spanish as a language makes it hugely important in the business world. More and more employers expect a second language, especially in globalised industries with clients around the world. A second language on a CV immediately puts you ahead of the pack in a crowded job market.

Make travel easier
Spanish is widely spoken throughout Europe, much of North America, most of South America, and in certain parts of North Africa and Asia. As a traveller, it’s an essential tool in your arsenal, and will equip you to deal with any situation, as well provide a canny knack of blending into any locale.

Large Spanish-speaking community
There’s a strong history of Spaniards in London, and Spanish migrants to London continue to rise.It’s estimated there are about 25,000 Spanish-born London residents, with an active community, which means it’s highly likely you’ll find someone who can help you practise your vocab and grammar skills.

Vibrant, buzzing culture
It barely needs stating: the UK’s capital is bursting at the seams with thrilling nightlife and cutting edge culture, from exclusive nightclubs and welcoming historic pubs to museums, galleries and theatres galore. It’s a hugely exciting place to wind down in between studies.

Wide study options
London offers some of the best language schools in the world available for your studies. Visit www.uiclondon.com to see some of the ranges of courses available for students of every ability.

The unique opportunity of studying at a Spanish school in the heart of London is something that will benefit you for a lifetime, and the memories of your time in the city will stay with you for all that time too.

10 Reasons Why Spanish Is The Best First Choice Of Second Language
Yearly Glot on why you should pick Spanish.

Spanish, world language – the future
BBC video report on the importance of Spanish as a global language. 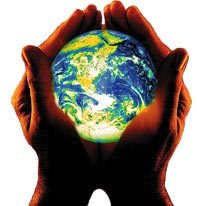